Worldwide trends in diabetes since 1980: a pooled analysis of 751 population-based studies with 4·4 million participants 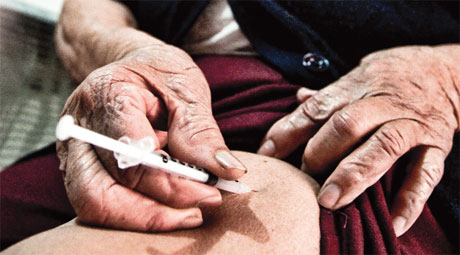 One of the global targets for non-communicable diseases is to halt, by 2025, the rise in the age-standardised adult prevalence of diabetes at its 2010 levels. The researchers aimed to estimate worldwide trends in diabetes, how likely it is for countries to achieve the global target, and how changes in prevalence, together with population growth and ageing, are affecting the number of adults with diabetes.

Half of adults with diabetes in 2014 lived in five countries: China, India, the USA, Brazil, and Indonesia. These countries also accounted for one half of the world's adult population in 2014. Although the top three countries on this list remained unchanged from 1980 to 2014, the global share of adults with diabetes who live in China and India increased, by contrast with the USA, where the share decreased.